I. C. BUTNARU was in a Romanian labor camp during World War II. He was a member of the Society of Romanian Writers. Forbidden to write freely on political issues in Communist Romania, he immigrated to the United States in 1976. He lectured on the Holocaust and the arts at Boston University and is the author of six earlier books. 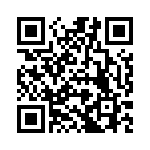