Bernard Chavance is Professor of Economics at the University Paris Diderot, France. He has published several books on comparative economic systems and institutions, particularly on socialist systems and post-socialist transformation. His book Economic reforms in the East: From the 1950s to the 1990s (1992, Nathan) has been translated into English (US), Russian, Japanese and Chinese. 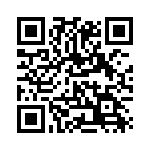