Strana 48
R. There was a spy sent into the Archbishop of Cambray's family , by the contrivance of his most capital enemies . The man lived there as a domestic , for three years ; and though so great a villain , was at length so far moved and ...
Strana 72
One of the greatest liberties of the Gallican church , is , that no bull , or order whatever , sent by the Pope , is looked upon as any way valid among us , till it has first passed the king , and then the parliament .
Strana 89
health , he sent one day for a physician with whom he was particularly intimate , and conjured him by their friendship , and by every thing that was most sacred ( if there was any thing more sacred ) , to tell him sincerely , whether he ... 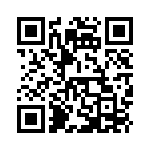