I know I read it, and certainly I struggled with it at times, and thoroughly enjoyed other bits. I just don't remember it well enough to rate it. Přečíst celou recenzi

I know I read it, and certainly I struggled with it at times, and thoroughly enjoyed other bits. I just don't remember it well enough to rate it. Přečíst celou recenzi

Izaak Walton, one of the earliest English biographers who is best remembered as the author of The Compleat Angler, was born in the parish of St. Mary's, at Stafford, on August 9, 1593. His father, Gervase Walton, was an innkeeper who died when the boy was five. By the time Walton was twenty he was living in London, apprenticed to his brother-in-law, a prosperous clothier. His marriage to Rachel Floud, a relative of Archbishop Thomas Cranmer, in 1626 allied him with a prominent clerical family, and as a parishioner at St. Dunstan's Church Walton became a close friend of its vicar, John Donne.
Among Walton's earliest surviving literary efforts is an elegy written in 1633 for the initial collection of Donne's poems. The poet-clergyman was the subject of the first of Walton's great biographical essays: "Life of Donne served as the preface to the 1640 edition of the minister's sermons and was filled with anecdotes and personal impressions. Over the years Walton's loyalty to the Church of England, coupled with his genius for friendship, inspired him to write biographies of four other eminent theologians: "Sir Henry Wotton (1651), "Richard Hooker (1665), "George Herbert (1670), and "Dr. Robert Sanderson (1678). Each is distinguished by the intimacy and vivacity characteristic of the "Life of Donne. It is little wonder that Samuel Johnson rated Walton's five "Lives among 'his most favourite books.'
Walton's reputation as a biographer is overshadowed by the enduring popularity of "The Compleat Angler. First published in 1653, during the Civil War that forced Walton and other royalists to flee London, the work is more than an engaging discourse on the art of fishing. It reflects athoughtful, sensitive Englishman's abiding concern with leading a contemplative life. Indeed, many have read Walton's unique celebration of angling throughout the English countryside as a veiled satire against Cromwell and the Puritans. Four revised editions appeared in the author's lifetime, and "The Compleat Angler has enjoyed a wide following ever since. Samuel Johnson praised the book in the eighteenth century as did the Scottish philosopher Lord Home. Later, Charles Lamb recommended Walton remained active well into old age. "The Restoration of Charles II in 1660 returned many of his friends in the Anglican clergy to positions of influence, and they were quick to reciprocate the acts of goodwill he had displayed during Cromwell's reign. Following the death of his second wife in 1662, Walton was employed as steward to the bishop of Worcester. At the bishop's residence of Farnham Castle in Wincester Walton continued to write and revise his published works.
In 1676 Walton asked a young follower, the poet Charles Cotton, to furnish a supplement on fly-fishing for the fifth edition of "The Compleat Angler, and the two pursued the project at a cottage on the banks of the Dove River in Derbyshire. On August 9, 1683, the inveterate angler marked his ninetieth birthday by drafting a will and securing it with a seal given him by John Donne. Izaak Walton died three months later on December 15, 1683and was buried at Winchester Cathedral. 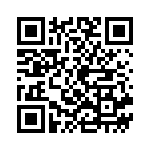