HENRY ADAMS (1838--1918) was an American historian, journalist and novelist. In 1907 he published his Pulitzer Prize--winning autobiography, The Education of Henry Adams, considered by many to be the most important non-fiction work of the 20th century. He died in 1918 at his home in Washington, D.C.

GARRY WILLS, a distinguished historian and critic, is the author of numerous books, including the Pulitzer Prize-winning Lincoln at Gettysburg, Saint Augustine, and the best-selling Why I am a Catholic. A regular contributor to The New York Review of Books, Wills has won many awards, including two National Book Critics Circle Awards and the 1998 National Medal for the Humanities. He is Professor of History Emeritus at Northwestern University and lives in Evanston, Illinois. 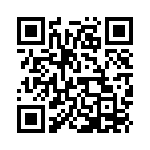