Strana 107
tory of literary criticism . Perhaps the latter written , written . It is now ten years
since Professor is more important at the present time . For , Garnett published his
translation of Beowulf , while the essays on the older poets — Chaucer , which
has ...
Strana 108
For Arnold as a critic , for Tentures of strong verbs , ” it shows that the author
nyson , for Hawthorne , for Shakespeare , for ... he judges BRIEFS ON NEW
BOOKS . him by his best , and the result is excellent criticism ; when he dislikes a
poet , as ...
Strana 128
But the * a semi - monthly journal of literary criticism , discus rapid growth of
Chicago in other than material sion , and information . ” Discussion of matters of
directions is a phenomenon which , although recent , current literary interest ,
both by ... 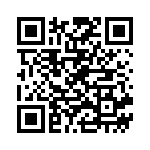