A classic history of the American Revolutionary Era. I think this book would be more appreciated by someone being introduced to the time period, but even as someone who has read a great deal about the ... Přečíst celou recenzi

Morgan has a long and distinguished pedigree as an American historian. This book is one of his earliest works and it isn't his best. It's a light, quick read about the preludes to the Revolutionary ... Přečíst celou recenzi

Edward S. Morgan is Sterling Professor of History Emeritus at Yale University and past president of the Organization of American Historians. His many books include The Puritan Family: Religion and Domestic Relations in Seventeenth-Century New Engl∧ The Gentle Puritan: A Life of Ezra Stiles; The Puritan Dilemma: The Story of John Winthrop; American Slavery—American Freedom: The Ordeal of Colonial Virginia; The Challenge of the American Revolution; Inventing the People: The Rise of Popular Sovereignty in England and America; and, with Helen M. Morgan, The Stamp Act Crisis. 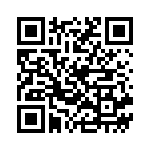