Strana 25
The Middle Dutch Perspective on Euphemism а For reasons given earlier , the authors ' original intention was to discuss and compare euphemism and taboo in late twentieth century English and Middle Dutch ( spoken in the Netherlands ...
Strana 28
Because poor unmarried women often went into service , both maid and wench came to mean not only “ girl , young woman " but , within a century , also “ servant girl . " From there , wench , typically the servant in a lower class ...
Strana 113
The O.E.D. ( 1989 ) has cu as a form for “ cow ” until the fourteenth century and ku as an alternate from the thirteenth ; the plural was cun , though more commonly kyn and kine ; in one sense , cow is ' Applied to a coarse or degraded ... 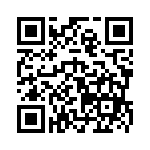