Paul Keen is an Associate Professor in the English Department at Carleton University. He is the author of The Crisis of Literature in the 1790s: Print Culture and the Public Sphere (Cambridge University Press, 1999) and editor of The Radical Popular Press in Britain, 1817-1821 (Pickering & Chatto, 2003). 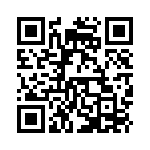