this is an interesting look at the family from an economoic point of view. the narrative isn't really a narrative, and one has to be able to translate equations into the point, as Becker doesn't ... Přečíst celou recenzi

Review: A Treatise on the Family

What a frustrating way to spend an evening. The economic models of the family don't work, so you...remodel the family to make them work in the model??? Read, if only to know how to reference it as a seminal text of economics of the family. Přečíst celou recenzi

Gary Stanley Becker is an American economist known for his efforts to extend economic analysis to social problems, especially those involving race and gender discrimination, crime and punishment, and the formation and dissolution of families. The essence of his contribution is that human behaviors rationally based on self-interest and the economic incentives of the marketplace. Cost-benefit analysis is central to Becker's analysis of social phenomena. He argues that couples tend to have fewer children when the wife works and has a better-paying job, when subsidies and tax deductions for dependents are smaller, and when the cost of educating children rises. Becker also argues that couples divorce when they no longer believe they are better off by staying married. Becker received a Nobel Prize in 1992. 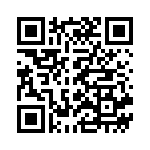