Dr. David S. Ebert is an associate professor in the School of Electrical and Computer Engineering at Purdue University. He has served on the ACM SIGGRAPH Executive Committee and was Editor-in-Chief for IEEE Transactions on Visualization and Computer Graphics.

F. Kenton Musgrave is CEO and CTO of Pandomeda, Inc., whose planet-building software product, MojoWorld, is the pinnacle of his research. He lectures internationally on fractals, computer graphics and the visual arts, and has developed digital effects for films such as Titanic and Apollo 13.

Darwyn Peachey is vice-president of Research and Development at Pixar Animation Studios. Prior to joining Pixar in 1988, Mr. Peachey was a member of the research staff at the University of Saskatchewan in Canada.

Ken Perlin is Professor of Computer Science and Director of the Center for Advanced Technology and the Media Research Lab at New York University. Dr. Perlin received a technical achievement Academy Award for his Perlin Noise, a procedural technique used in motion picture visual effects.

Steve Worley is an active researcher in graphics texturing, with experience in practical implementation of textures for use by other 3-D artists. He is the author of the popular Essence library of algorithmic textures. 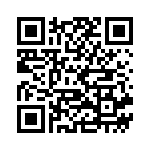