Richard Forer was born in Trenton New Jersey in 1948. His father was an attorney and his uncle, Joseph Forer, a noted civil rights litigator and lead attorney with the National Lawyers Guild. His younger brother is an attorney and former President of one of the largest Reform synagogues on the East coast and his identical twin brother is a prominent member of an Ultra-Orthodox sect of Judaism. Forer is a practitioner of the Meir Schneider Self-Healing Method, a unique system of healing developed by an Israeli. 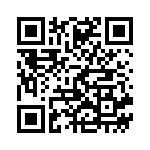