Benjamin Weyers is a Senior Researcher at the Virtual Reality and Immersive Visualization Group at RWTH Aachen University, Germany. Benjamin is strongly involved in the FET-flagship project “The Human Brain Project” and co-leads the work package on interactive visualization. He studied Computer Science at the University of Duisburg-Essen and received his doctorate with the Computer Graphics and Scientific Computing Group at the University of Duisburg-Essen. His research interests include human-computer interaction (HCI), formal modelling, information visualization and virtual reality (VR).

Judy Bowen is a Senior Lecturer at the University of Waikato in New Zealand. For the past ten years she has been working in the area of formal modelling for interactive systems, specifically safety-critical interactive systems. Her work includes projects that consider safety-properties of systems, contexts of use for non-context aware systems and the use of technology in hazardous work-places and environments.

Alan Dix is a Professor in the Human–Computer Interaction Centre at the University of Birmingham and a Senior Researcher at Talis. He has worked in HCI for over thirty years and his research has included foundational work on formal methods in HCI, some of the earliest work on privacy in HCI and the ethics of machine learning, and more recently has included learning analytics, IT and data issues for marginal communities as well as walking one thousand miles around Wales. He runs the twice-yearly Tiree Tech Wave.

Philippe Palanque is a Professor of Computer Science at the University of Toulouse and leads the ICS Research Group. Since the late 80's, he has worked on the development and application of formal description techniques for interactive systems. The main aim of his research has been to address Usability, Safety and Dependability in order to build trustable safety-critical Interactive Systems. 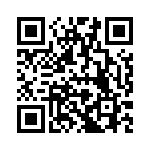