We Want Freedom focuses on the men and women who were the Party, as much as on the leadership. By locating the Black Panthers in a struggle centuries old--and in the personal memories of a young man--Mumia Abu-Jamal helps us to understand freedom. Přečíst celou recenzi

We want freedom: a life in the Black Panther Party

In this polemic-cum-history, Abu-Jamal,"the world's most famous political prisoner," offers a celebratory look at the origins and accomplishments of the Black Panther Party, of which he was a member ... Přečíst celou recenzi

Mumia Abu-Jamal, an award-winning journalist, is America's best-known political prisoner. Sentenced with execution, Mumia has lived on Death Row since 1982. Ever since he wrote for the Black Panther Party's national newspaper as a youth, Mumia has reported on the racism and inequity in our society. He soon added radio to his portfolio, eventually recording a series of reports from death row for NPR's All Things Considered. However, NPR, caving in to political pressure, refused to air the programs. Mumia Abu-Jamal is still fighting for his own freedom from prison, and through his powerful voice, for the freedom of all people from inequity. 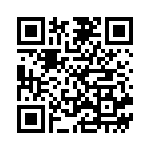