If you are interested in figures, charts and ratios...this is the book for you. If you are not particularly into the numbers, it is still interesting to skim the charts for trends and how the war for ... Přečíst celou recenzi

KEVIN D. STUBBS is Lieutenant Colonel in the USAF Reserve. He holds a Ph.D. in Military History from Texas A&M. 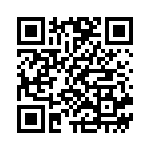