With this fascinating, encyclopedic survey of cultural landscapes, Schama (Dead Certainties, 1991, etc.) demonstrates once again just why he holds a charmed place in the literature of historical ... Pųečķst celou recenzi

I find this a hard book to finish. It is one of those books it seems difficult to get into although the material is interesting and the thought good. Pųečķst celou recenzi

Simon Schama is University Professor of Art History and History at Columbia University. He is the author of 'Patriots and Liberators', which won the Wolfson Prize for History, 'The Embarrassment of Riches', 'Citizens' which won the 1990 NCR book award for non-fiction, 'Dead Certainties', 'Landscape and Memory' which won the W H Smith Literary Award in 1995, and 'Rembrandt's Eyes' (1999). He is also the author of the monumental 'History of Britain' published in three volumes. He was art critic of the 'New Yorker' from 1995 to 1998 and was made CBE in the 2001 New Year's Honours list. 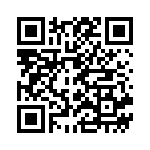