Hannah Senesh -- poet, Israel's national heroine, inspiration to Jewish adults and children worldwide, subject of a major motion picture, and featured in Senator John McCain's Why Courage Matters -- is remembered as a poet and a martyr. Safe in Palestine during World War II, she volunteered for a mission to help rescue Jews in her native Hungary. She was captured by the Nazis, stood up to imprisonment and torture, and was executed at the age of twenty-three.

Abba Eban in addition to his diplomatic and political roles in the Israeli government, Abba Eban was narrator of the nine-hour television series Heritage: Civilization and the Jews, which he turned into a best-selling book. His latest television film, The Brink of Peace, is a survey of the Middle Eastern peace process. He is also the author of numerous other books, including My People, The New Diplomacy, and Personal Witness: Israel through My Eyes. 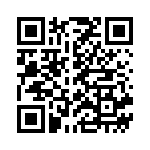