RALPH WALDO EMERSON (1803?—1882) was a renowned lecturer and writer, whose ideas on philosophy, religion, and literature influenced many writers, including Henry David Thoreau and Walt Whitman. After an undergraduate career at Harvard, he studied at Harvard Divinity School and became an ordained minister, continuing a long line of ministers in his family. He traveled widely and lectured, and became well known for his publications Essays and Nature.

About the Introducer
BRENDA WINEAPPLE is the author of Hawthorne: A Life and Sister Brother: Gertrude and Leo Stein. She has twice a fellow of the National Endowment for the Humanities. She lives in New York City. 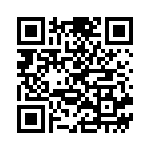