Vojtech Merunka is born in 1967 in Caslav, Central Bohemia, where he spent his early life and graduated from high school.  Initially a master in computer engineering from the Czech Technical University in Prague, he became a PhD in data processing and mathematical modeling and an associate professor of information management at the Czech University of Life Sciences, Faculty of Economics and Management and the Czech Technical University in Prague, Faculty of Nuclear Sciences and Physical Engineering.  Vojtech is professionally interested in object-based programming languages and object-oriented methods and tools for modeling and simulation and has among other activities long been concerned in conlanging.  He is a chairman of the Slavic Union in the Czech Republic. (http://slovane.org) and together with Jan van Steenbergen an editor-in-chief of the first interslavic professional journal SLOVJANI.info (http://slovjani.info).
This book is a result of his practical experience in the international collaborative project Interslavic (http://www.facebook.com/groups/interslavic). 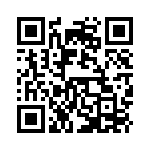