Charles Becker, President of the Economics Institute, simultaneously holds positions as an adjunct associate professor in the Economics Department of the University of Colorado and as a research associate in the Population Program of the Institute for Behavioral Science at the University of Colorado. A specialist on labor market and urban issues in Africa and other developing countries, he has constructed computable general models for India and South Africa, and has done important work on the demo-economic impact of the spread of AIDS in Africa.

Andrew Hamer, a principal economist with the World Bank, was part of the original Bank team responsible for most of the urban economics research conducted in developing countries, and has published extensively on urban location in Latin America. Now working on urban problems in China and Africa, Dr. Hamer has been an important analyst of international agencies' urban policies.

Andrew Morrison, an assistant professor of economics at Tulane University, has worked extensively on labor market issues in developing countries. In addition to his work on Africa, he has published articles on labor market structure, migration and urbanization in Latin America. Dr. Morrison is the first economist to quantify the GNP effects of interregional migration; for this work the Population Association of America honored him with the Dorothy Thomas Award in 1988. 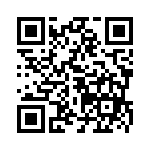