Strana 273 - Determined to keep open a market where MEN should be bought and sold, he has prostituted his negative for suppressing every legislative attempt to prohibit or to restrain this execrable commerce.
Objevuje se u 725 knih od 1769-2008.
Strana 284 - And can the liberties of a nation be thought secure when we have removed their only firm basis, a conviction in the minds of the people that these liberties are of the gift of God?
Objevuje se u 526 knih od 1795-2008.
Vķce
Strana 541 - Servants, be obedient to them that are your masters according to the flesh, with fear and trembling, in singleness of your heart, as unto Christ...
Objevuje se u 912 knih od 1800-2008.
Strana 264 - Humboldt, so eminent both as a savant and as a politician, made the text of a treatise — that "the end of man, or that which is prescribed by the eternal or immutable dictates of reason, and not suggested by vague and transient desires, is the highest and most harmonious development of his powers to a complete and consistent whole...
Objevuje se u 250 knih od 1852-2008.
Strana 9 - ... and that this assemblage of horrors might want no fact of distinguished die, he is now exciting those very people to rise in arms among us, and to purchase that liberty of which he has deprived them, by murdering the people...
Objevuje se u 491 knih od 1808-2008.
Strana 9 - He has waged cruel war against human nature itself, violating its most sacred rights of life and liberty in the persons of a distant people who never offended him, captivating and carrying them into slavery in another hemisphere, or to incur miserable death in their transportation thither.
Objevuje se u 636 knih od 1808-2008.
Strana 476 - The state of slavery is of such a nature, that it is incapable of being introduced on any reasons, moral or political, but only by positive law...
Objevuje se u 209 knih od 1772-2008.
Strana 12 - A strict observance of the written laws is doubtless one of the high duties of a good citizen : but it is not the highest. The laws of necessity, of self-preservation, of saving our country when in danger, are of higher obligation.
Objevuje se u 207 knih od 1811-2007.
Strana 196 - Would any one believe that I am master of slaves, of my own purchase ! I am drawn along by the general inconvenience of living here without them. I will not, I cannot justify it.
Objevuje se u 140 knih od 1817-2008.
Strana 12 - Indeed I tremble for my country when I reflect that God is just: that his justice cannot sleep for ever...
Objevuje se u 517 knih od 1818-2008.
Ménģ

David Brion Davis is Sterling Professor of History at Yale University. A former President of the Organization of American Historians, he has won the Pulitzer Prize, the National Book Award, the Bancroft Prize, and the American Historical Association's Beveridge Award. His most recent book is The Boisterous Sea of Liberty: A Documentary History of America from Discovery through the Civil War (Oxford University Press, 1998, with Steven Mintz). 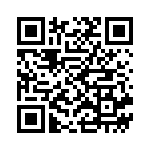