Strana 254
ROBIN AND SONG SPARROW Fort Fraser The robin and the song sparrow both
come in March. The robin sings throughout both spring and summer, but the song
sparrow does not begin to sing until May, for it works during March and April.
Strana 334
NURSERY RHYMES AND GAME-SONGS FROM GEORGIA1 by Mell1nger E.
Henry Cf. the following bit of cradle-song with the Nursery Song in Joel Chandler
Harris's "Uncle Remus and His Friends," Boston, 1920, p. 213. Go to sleepy, little
...
Strana 369
The song, "Mademoiselle from Armentieres," otherwise known as "Hinky, Dinky,
Parlez-Vous," preserves, however, the soldiers' own comment upon the war. For
the historian, interested in obtaining a cross-section of the mind of the average ... 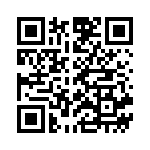