Great book. Every US citizen should read this book

This is a great book. I learned so much about our Constitution. This should be what we learn in high school. Well written. I highlighted in three different colors as I read through this book because there was so much valuable information. Přečíst celou recenzi

Not what I expected from the title. I thought (and hoped) that this was going to be an article by article and amendment by amendment analysis of the Constitution, what the intent of the original ... Přečíst celou recenzi

Kevin R. C. Gutzman, J.D., Ph.D. is associate professor of American history at Western Conneticut State University. He received his Master of Public Affairs from the University of Texas, his J.D. from the University of Texas School of Law, and his M.A. and Ph.D. in American history from the Univeristy of Virginia. Dr. Gutzman is the author of Virginia's American Revolution: From Dominion to Republic, 1776-1840 and was a featured expert in the documentary film John Marshall: Citizen, Statesman, and Jurist. He has written scores of articles and encyclopedia entries, as well as reviews of books, films, and exhibitions for magazines academic and popular. He lives in Bethel, Connecticut, with his three children. 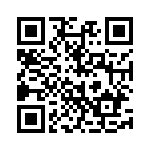