\
Clark Gibson is Associate Professor of Political Science and Director of the International Studies program at the University of California, San Diego. He is currently a member of the American Political Science Association Executive Committee. He has held positions at Indiana University and acted as a consultant for the World Bank, the United States Agency for International Development, and the Carter Center. Krister Andersson has worked with development aid issues since 1991. He has served as an international civil servant and consultant for the Food and Agriculture Organization of the United Nations, the World Bank and non-governmental organizations in Bolivia, Costa Rica and Sweden. He served as a technical advisor on environmental conflicts in Ecuador's Ministry of the Environment in 1997-1998. A postdoctoral fellow at the Center for the Study of Institutions, Population and Environmental Change (CIPEC) at Indiana University, he studies the politics of international development and environmental governance in non-industrial societies. Elinor Ostrom is Arthur F. Bentley Professor of Political Science and Co-Director of the Workshop in Political Theory and Policy Analysis, and the Center for the Study of Institutions, Population, and Environmental Change at Indiana University, Bloomington, Indiana. Sujai Shivakumar received his doctorate in Economics from George Mason University, specializing in Constitutional Political Economy, and later pursued post-doctoral research in the political economy of development at the Workshop in Political Theory and Policy Analysis at Indiana University. He is currently an official with the US National Academies' Board on Science, Technology, and Economic Policy. 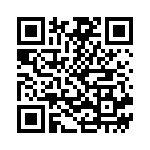