Paul Samuelson was the first American recipient of the Nobel Prize in economics. Born in Indiana, he did his undergraduate work at the University of Chicago and earned a Ph.D. at Harvard University, where he studied with Alvin Hansen. He taught for several decades at M.I.T. Samuelson's first major work was Foundations of Economic Analysis (1947), a mathematical treatment of economic theory and principles. Later he made extensive contributions to professional journals in virtually all areas of economic theory. Often he would be the first to offer a mathematical proof of a proposition when most other economists could sense it only intuitively. In 1948 he published the first edition of Economics, one of the most successful and influential college texts of our time. It provided an extremely comprehensive treatment of Keynesian economics and microeconomic principles, and played an important part in educating a generation of economists. Despite Samuelson's role in providing mathematical refinements for economic theory, he has always maintained a public posture, welcoming opportunities to share his views. He was an economic adviser to President John F. Kennedy and wrote a popular column for Newsweek from 1966 to 1981. He has generally favored an interventionist approach in policy matters, especially when it has involved using the tax system to battle poverty, fight inflation, or balance the budget. One of the world's most respected economists, Samuelson is responsible for rewriting considerable parts of economic theory. He has, in several areas, achieved results that rank among the classic theorems in economics. 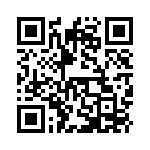