Strana 543
As for petitioner's failure to seek rehearing or certiorari, he alleged in his Rule 60(
b) motion, App. 16, and again in his reply brief, that he filed a timely petition for
rehearing on April 18, 2000, but that the clerk of the Court of Appeals returned the
...
Strana 750
SOUTER, J., filed a concurring opinion, in which BREYER, J., joined, post, p. 769.
STEVENS, J., filed a dissenting opinion, in which GINSBURG, J, joined, post, p.
773. John C. Eastman argued the cause for petitioner. With him on the briefs ...
Strana 973
William H. Sorrell, Attorney General of Vermont, David Borsykowsky, Assistant
Attorney General, and Ellen S. LeVine filed a brief in both cases for respondents
State of Vermont et al. Michael K. Kellogg, Sean A. Lev, and James G. Harralson
... 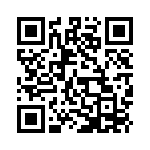