I have read and own dozens of books on running, fitness, triathlons and exercise. This book by Chris Bergland is absolutely one of the best. He is extremely motivated and an inspirational athlete who ... Přečíst celou recenzi

Bergland is a wonderful vehicle for conveying the athletic mindset, and how to engage your psyche so you can achieve your personal fitness goals. His personal experiences and neuroscientist father ... Přečíst celou recenzi

Christopher Bergland is a Manhattan-based world-class endurance athlete. He holds a Guiness World Record for treadmill running (153.76 miles in 24 hours) and has won the longest nonstop triathalon in the world three times. He completed The Triple Ironman, a 7.2 mile swim, 336-mile bike, followed by a 78.6-mile run (done consecutively) in a record breaking time of 38 hours and 46 minutes. He directs the triathalon program at Chelsea Piers and has been sponsered by Kiehl's since 1996. He has been featured in dozens of TV, magazine, and newspaper articles including CNN, PBS, ABC, CBS, Fox, Men's Journal, ESPN magazine, and the L.A. Times. He currently runs a Speciality Sporting goods shop in New York City called "JackRabbit Sports." 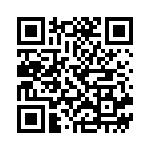