Strana 194
A common feature of the stories is that the characters are usually referred to as
animals , although with human characteristics ; the American reader will think of
Br ' er Rabbit and Old Man Coyote . “ The heroes , ” Elkin writes , “ . . . are often ...
Strana 198
The one which seems to deal with the earliest phase of creation tells how the “
rainbow snake Boolong had inside him trees , rocks , ant - hills , animals , birds
and blackfellows . . . . In that time the blackfellows spewed out of their mouths ...
Strana 365
It is said by some that if an antagonism ( muina ) exists between persons , the
animal of one may kill the burro or horse of ... The animals which serve as
naguales for humans include jaguar , deer , birds , gato del monte , snakes ,
leones , onza ... 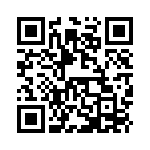