Michael Gedaliah Kammen was born in Rochester, New York on October 25, 1936. He received a bachelor's degree in history from George Washington University and master's and doctoral degrees in history from Harvard University. He was a professor of American history and culture at Cornell University since 1965. He wrote numerous books including A Season of Youth, A Machine That Would Go of Itself, Mystic Chords of Memory: The Transformation of Tradition in American Culture, Visual Shock, and Digging Up the Dead: A History of Notable American Reburials. He received the 1973 Pulitzer Prize for history for People of Paradox: An Inquiry Concerning the Origins of American Civilization. He died on November 29, 2013 at the age of 77. 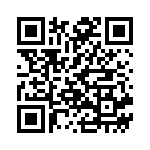