Thai Jones relates the lives of two families without much money or success in the usual sense but in which men and women tried to live by their political and ethical ideas no matter what the cost ... Přečíst celou recenzi

A radical line: from the labor movement to the weather underground, one family's century of conscience

Journalist Jones is the son of Jeff Jones and Eleanor Raskin, who were active in the protest movement against the Vietnam War and were later members of the Weather Underground. Jeff Jones's ... Přečíst celou recenzi

Two young women climbed the stairs to an elevated rail platform in Brooklyn during the summer of 1929. One of them walked with a cane, and the other''s legs were hampered by a long black coat that was anything but stylish. Their school day had just ended, and they stood a few paces apart waiting for the train to Coney Island. On the street below, nothing stirred unless it had to. Glass, steel, stone, concrete: everything in the borough absorbed the sun and was too hot to touch. Carefully shaded groceries were rank and rotten by midmorning, while fat flies swarmed around the steaming trash piled on the sidewalk.

Evelyn Wiener, known to her Yiddish-speaking friends as Chavy, was taking summer classes because she had flunked geometry. Only fifteen years old, a childhood case of polio forced her to walk with the aid of a wooden cane. Her father had been a charter member of the American Communist Party, and Chavy remembered well the night when the czar had been overthrown. She had been only three in 1917 and had toddled out in wonder to watch her parents and all their friends drinking vodka in celebration. She had grown up in the Party. As a girl she had been a Young Pioneer and recently, though she was not yet sixteen and had lied about her age, she had joined the Young Communist League.

Chavy and her radical friends had their own language and style. The men wore leather jackets, and the women went without makeup. Looking at the second girl on the train platform, Chavy thought she spotted a fellow traveler. Only a Red would wear that loose-fitting coat that whipped around the stranger''s legs every time a train tornadoed by.

The girl in the distinctive outfit was Annie Steckler, my grandmother. She was a year older than Chavy and also in summer school. Until recently she had been a fine student, but her father, Philip Steckler, had died a few years earlier, and her mother had sent her to stay with relatives and gone looking for a new husband. Annie, not surprisingly, had developed a willful stubbornness, a temper, and a sharp tongue.

But as Chavy discovered after a brief conversation, she was no radical. Jumping at the chance to make a convert, Chavy started bragging about the fearsome strength of the Young Communist League. Finally, carried away with enthusiasm, she warned, "We are becoming a menace!"

"What," Annie asked, "a little two-by-nothing like you, a menace?"

The conversation might have ended there. Instead both girls boarded the same train, and Annie listened to stories about the Party. By the time they reached Coney Island, the girls were friends.

A year later, when Chavy turned sixteen, Annie gave her a copy of Marx''s Das Kapital. "If you must be a Communist," she said a bit scathingly, "at least you should know what you''re talking about."

Annie''s father had a widow''s peak like a ship''s prow. He could comb it forward, backward, or to the side, and still it would point down unmercifully to the bridge of his nose. Philip Steckler was born in 1875 in the village of Romny in the Ukraine, which had served for centuries as a farmers'' market and a Cossack stronghold against the czars. Narrow and uneven stone streets separated short and moldy stone buildings. It was a place one hardly needed an excuse to leave, but for an ambitious Jewish man, there were excuses aplenty. Violence against the Jewish communities in Russia could break out at any moment, and when Steckler was twenty-eight, it did.

Kishinev, near the Ukraine''s southwestern border, was the kind of city that a young bumpkin from Romny might someday aspire to visit. It was a commercial hub where Jews and Moldavians, Russians, Bulgarians, and Albanians tolerated each other with varying degrees of loathing. In April 1903, during the Easter festival when religious zeal was at its annual zenith, the Christians of the city sacked the houses of the Jewish quarter. After two days of rapine and slaughter, the Jews of Kishinev had forty-three new graves to dig. In the telegraph age, the details of the Easter pogrom were printed in the world''s newspapers without delay. International committees denounced the czar, and benevolent societies from every Western capital gathered alms for the victims. Jews living in the town of Romny, one province over, didn''t think of Kishinev as a far-off place. For them, the violence was a present threat. Within a year of the pogrom, Annie''s father had left the Ukraine and stood on a quay in Hamburg, Germany.

It was a late December day when he clutched his ticket and climbed uncertainly up a narrow gangplank of the steamer Patricia. The ship''s great black stack burped out a breath of coal smoke, and her twin screws started churning the greasy waters of the River Elbe. Philip leaned over the rail or, unused to the motion, lay in his berth as the vessel gathered way toward two European stops -- at Boulogne and Plymouth -- and then the open ocean.

Patricia was one of the Hamburg-American Line''s newest steamers, built a few years earlier with room for nearly 2,500 passengers. She offered a luxurious crossing for the lucky few who could spend at least fifty dollars for a private cabin. The remaining four-fifths, almost certainly including Steckler, settled for third-class berths on the lower decks, where they slept in bunks and ate in a common mess. At an average speed of thirteen knots, the passage, even during the rough winter months, was scheduled to take twenty days. Steckler''s trip was marred by head winds and heavy seas, including a tidal wave that staggered the ship just as she was entering the Atlantic. Even Captain Reessing, a mariner with more than twenty years of salt in his blood, was rattled by the storm. "I have not known such weather for many years," he said. "The winter of 1882 was very similar to this, but none since then has been nearly so bad."

On January 11, 1904, the ship, only two days late, navigated between the ice drifts of New York harbor. Steckler''s traveling days were nearly done. He had just a few miles more to cross, from Ellis Island east to Brooklyn. Once settled, he married Bessie Volozhinsky, who also came from the Ukraine, and moved into a tenement on Siegel Street in Williamsburg. He and his wife had three daughters: Frieda, Sylvia, and, on March 3, 1913, Annie.

Siegel Street ran just a few blocks from Manhattan Avenue to Bogart Street, through the center of the busy neighborhood. Shop signs advertised in English and Hebrew. The streets were paved with bumpy stones and carried a stream of trucks to the local centers of industry -- Max Blumberg''s Lumber Yard and the six-story factory of the New York American Bed Company -- which were the Stecklers'' near neighbors. Annie was raised amid the ruction and grew as accustomed to it as her cat, Beryle, who liked to sleep in the gap left by a missing cobblestone and whose slumber went undisturbed even when the trolley car passed inches above her whiskers.

The Steckler family was poor, but Annie didn''t realize it because everyone she knew lived in poverty as well. She shared a bedroom with her sisters, and the only heat in the apartment came from the kitchen stove. On Siegel Street, it was common for several families to use the same bathroom but uncommon for the faucets in that bathroom to run hot water. There were almost no parks or playgrounds in the neighborhood, so Annie would beg her mother for six cents so she could go to Coney Island. The subway ride cost a nickel, and the penny purchased a piece of gum. Then she had to find herself some boy and get him to pay the train fare home.

Annie''s father was a pushcart peddler. He sold sweaters on street corners, barking his spiel and haggling with customers from sunrise to evening. During holidays, savvy vendors staked out a desirable location at night and then slept beneath their carts. But on most days, Philip Steckler left for work near dawn and took Annie with him. She watched him unchock the wooden wagon wheels, lean his shoulder-weight against the bars, and creak his rolling shop down the block. It was a delight to go along with her papa, who accented his Old World upbringing with the charming habit of stopping the cart whenever a lady passed so he could bow and doff his cap.

Arriving at his accustomed spot, Philip folded and arranged the sweaters to their best advantage; the merchandise would soon be subject to very close inspection. He could afford to carry only a few sweaters at a time. If a customer tried one on -- say, a size 36 -- and found it was too small, Philip would tell her, "Oh, don''t worry, I have it in all sizes." Then he would hand the sweater to Annie, who crept down beneath the cart and found not sweaters but boxes -- each labeled with a different size. She took the same sweater the customer had just declared too small, placed it neatly in a box labeled "Size 38," and handed it to her father. He returned it to the lady, who never failed to proclaim it a perfect fit. Then Annie took the money to a nearby wholesaler and bought a new sweater.

On a summer''s night when Annie was ten years old, the thousands of stacked softwood boards in the nearby lumber yard caught fire. Apartment walls along the street were stained black, and windows shattered from the heat while families fled with all their movable possessions. Soon, thousands were watching -- from rooftops and sidewalks -- as every single fireman, fire truck, and fire hose in Brooklyn pitched in to stop the blaze from spreading. "The borough enjoyed a spectacle of destruction that grew more beautiful as darkness furnished a background for an acre or so of billowing flame," a reporter for the New York Times wrote, with the placid objectiv 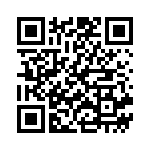