Excellent book. Even I have come to a better understanding of economics and how the US has been affected by economic policies in the last few years. Přečíst celou recenzi

Read from the perspective of the Meltdown, Krugman was giving warning in these compiled editorials. This is an excellent book, worth going back to how we got here. Updated August 5, 2011 stock market ... Přečíst celou recenzi

Paul Krugman, recipient of the 2008 Nobel Prize in Economics and best-selling author, has been a columnist at The New York Times for twenty years. A Distinguished Professor at City University of New York, he lives in New York City. 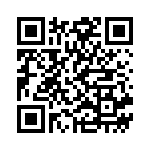