Ezrah Aharone is also the author of Sovereign Evolution. Born in Newark and raised in Passaic, New Jersey, he earned a BS in business management from Hampton University in 1980. He has lived and worked in West Africa, where his relationships span from presidents and government officials, to everyday people in remote villages. He is also a founding member of the Center for Sovereignty Advancement, which is a think tank institution. His originality of thought, coupled with his international experience, provides a unique scope of reference that gives his books uncommon distinction. He can be reached at Ezrah@EzrahSpeaks.com or www.EzrahSpeaks.com. 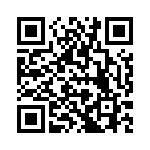