Professor Daniel De Backer graduated in internal medicine (1991) and in intensive care medicine (1992) at Université Libre de Bruxelles, Belgium, where he also obtained his PhD in the field of hemodynamics (1996). He combines clinical, research, and teaching activities in the Department of Intensive Care at Erasme University Hospital, Brussels. His main fields of investigation are sepsis, organ dysfunction, acute circulatory failure and its treatment, oxygen transport, hemodynamic monitoring, hepatosplanchnic circulation, and microcirculatory disorders. He has authored 200 articles, editorials, and book chapters and is an associate editor of several journals. Since 2005, Prof. De Backer has organized an annual course on echocardiography in intensive care medicine in Brussels.

Professor Bernard Cholley works as an anesthesiologist and intensivist at the Hôpital Européen Georges Pompidou in Paris, and teaches at University Paris Descartes. With other co-authors of this book, he is a co-founder of the “echo in ICU” group, which has played a major role in France in creating a national program aimed at teaching echocardiography in the critical care environment. Prof. Cholley also coordinates, under the auspices of the European Society of Intensive Care Medicine, an international group of experts aiming to define guidelines for the training of ICU physicians in critical care ultrasound techniques.

Professor Michel Slama is head of the intensive care unit at Amiens University Hospital, France. He is also the chair of critical care medicine at Amiens University and is in charge of a team of researchers at the INSERM ERI 12 lab at Amiens University. Currently, Prof. Slama is medical director of Amiens University Hospital. After obtaining his PhD in 1997, he became chairman of critical care and full professor. He has worked on noninvasive evaluation of critically ill patients admitted for shock and respiratory distress, particularly using echocardiography and general ultrasound. He has written many articles and book chapters on this topic and serves on the national committee on echocardiography in ICU. He has also published many papers on the management of hypovolemia.

Professor Vieillard-Baron is head of the Department of Intensive Care Medicine at the university hospital Ambroise Paré, Assistance Publique des Hôpitaux de Paris, Boulogne, France. His main specialty is cardiology, but he has also worked as an intensivist since 1998. He earned his PhD in Medicine at the INSERM unit U492 in 2002. After working on pulmonary vascular remodeling, he developed clinical research focusing mainly on applied physiology at the bedside. He has helped to promote noninvasive hemodynamic monitoring in ICU and has co-organized many training sessions worldwide. As Secretary General of the French Society of Intensive Care Medicine (SRLF), he has fostered collaboration with the American College of Chest Physicians in the field of critical care echocardiography.

Professor Philippe VIGNON: Following his Cardiology fellowship, he undertook further advanced training in intensive care medicine as a supra-specialty at Limoges University, France. He is currently head of the 22-bed medical/surgical Intensive Care Unit of Limoges teaching hospital. His PhD was aimed at developing new echocardiographic tools for a quantitative evaluation of regional ventricular function at the University of Chicago (Non invasive imaging laboratories, Pr RM Lang, 1994-1996). Since 1997, he conducted clinical research in the field of ultrasonography (e.g., validation of hemodynamic indices, applications of echocardiography in the critically ill, training of residents). Related to this, he participated to the emergence of a Clinical Investigation Center (Centre d’Investigation Clinique, INSERM 0802) in 2008. He also coordinated textbooks on the practice of echocardiography in the intensive care unit settings and participated to training sessions dedicated to intensivists, especially in Europe. 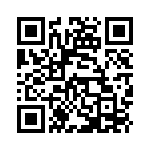