I get the impression not everyone loves Tennyson. I get that; he's a pompous douche. I always kinda liked him, though. I think his strongest stuff here - Arthur's speech to Guinevere, in "Guinevere ... Přečíst celou recenzi

Cried in a Macy's Starbucks. And on the subway. A , would be devastated again. Přečíst celou recenzi

Alfred Tennyson was born on August 6, 1809 in Somersby, England. He attended Trinity College in Cambridge. Tennyson is chiefly known for his poetry, an art form that had interested him since the age of six. His best known work is the Idylls of the King. Tennyson was appointed Poet Laureate of England in 1850 and became the Baron of Aldworth and Farrington in 1883. Tennyson was still writing his his 80s, and died on October 6, 1892 near Haslemere, England.

Alfred Lord Tennyson (1809a1892) published his first two volumes of poems in 1842, establishing him as the leading poet of his generation. He is buried in Westminster Abbey.
Christopher Ricks is Warren Professor of Humanities and codirector of the Editorial Institute at Boston University. He is the editor of six poetry collections, including "The Oxford Book of English Verse, 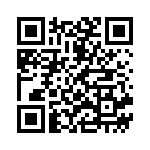