Anna K. Nardo is Alumni Professor of English at Louisiana State University in Baton Rouge. She is the author of Milton's Sonnets and the Ideal Community and The Ludic Self in Seventeenth-Century English Literature. 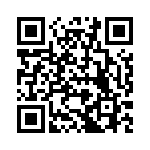