The Author: Matthew N. Proser is Professor of English and Coordinator of Graduate Studies in the English Department at the University of Connecticut. He received his doctorate in English at the University of Washington, Seattle. During 1983-1989, he was President of the Marlowe Society of America. In addition to his book on Shakespeare, The Heroic Image in Five Shakespearean Tragedies, he has published a variety of articles and reviews on Shakespeare, Marlowe, and Pirandello in journals, newsletters, and anthologies. 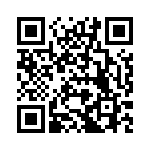