William Hazlitt was born on April 10, 1778 in Maidstone, England. As a young man, he studied for the ministry at Hackney College in London, but eventually realized that he wasn't committed to becoming a minister. After he lacked success as a portrait painter, he turned to writing. His first book, An Essay on the Principles of Human Action, was published in 1805. His other works include Free Thoughts on Public Affairs, Round Table, Table Talk, Spirit of the Age, Characters of Shakespeare, A View of the English Stage, English Poets, English Comic Writers, Political Essays with Sketches of Public Characters, Plain Speaker, and The Life of Napoleon. He died of stomach cancer on September 18, 1830.

Leigh Hunt was so prolific that, if his writing were ever collected, it would exceed 100 volumes of mostly unmemorable prose. He was so eccentric and socially visible that even Dickens's caricature of Hunt as the perennially cheerful Harold Skimpole in Bleak House is immediately recognizable. But his philosophy of cheer, however eccentric among such doleful writers of his generation as Coleridge and Byron, appealed to middle-class public taste, which accounts for his immense following. Educated, like Coleridge and Lamb, at Christ's Hospital, Hunt became a journalist, helping his brother John edit the weekly Examiner. As a result of the paper's liberal policy, they were both fined and imprisoned for two years for writing a libelous description of the Prince Regent on his birthday. Hunt turned his prison cell into a salon and enjoyed visits from Jeremy Bentham, Byron, Keats, Lamb, and Hazlitt. After his release, Hunt settled in Hampstead, London, a political martyr and a model of domesticity. His writing includes The Feast of the Poets (1814), a satire of contemporary writers; The Story of Rimini (1816), a saccharine Italianate romance; and Hero and Leander (1819). Young poets such as Keats found the sensual surfaces easy to imitate. But mostly Hunt wrote essays and edited dozens of short-lived magazines and journals, providing an insight into the literary life of London during this period. 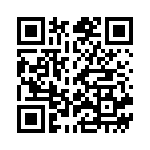