Strana ix
He is the author of A Possible Cinema : The Films of Alain Tanner ( 1984 ) ,
Claude Jutra Filmmaker ( 1999 ) and British Film ( 2004 ) , and is currently writing
a book on Canadian cinema . Chris Lippard is Assistant Professor of Film Studies
at ...
Strana xxi
More crucially , if those of us outside British culture who admire and write about
its cinema can be charged with imperialism , perhaps Ed Buscombe should be
forbidden from writing about westerns , or Robin Wood about Hollywood horror ...
Strana 48
The writer Alan Bennett put it equally succinctly : Behind a lot of the questions
that are raised lurks an unspoken one : how do ... THATCHER ' S BRITAIN : AN
INVENTION OF THE MEDIA The dilemma when writing about cinema in the age
of ... 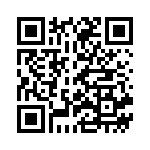