Simon Kuznets was the second American economist, after Paul Samuelson, to win the Nobel Prize in economics. The award was made in honor of his work on modern economic growth, but his contributions of decades earlier involved some of the earliest attempts to define and measure components of national income. In fact, the entire thrust of Kuznets's professional life as an economist involved the collection of statistical series in one sense or another. Kuznets was born in the Ukrainian city of Kharkov and served for a brief period as head of a Soviet statistical office. He then emigrated to the United States, where he studied economics at Columbia University. He was recruited by the National Bureau of Economic Research (NBER) to conduct studies on national income. Kuznets's association with the NBER lasted from 1927 through 1961, and he also held faculty positions at the University of Pennsylvania, Johns Hopkins University, and Harvard University. Kuznets's earliest work, in the 1930s, included a number of studies and NBER reports on national income and its composition, capital formation, fluctuation in production and prices, and seasonal variations in industrial figures. When Keynes published his General Theory in 1936, Kuznets was one of the first to have the statistical data needed to test and substantiate his propositions concerning the spending patterns of the consumer sector. Kuznets is also credited with the discovery of a building construction cycle of 16--22 years, now known as a "Kuznets cycle." His later work focused on economic growth. His classic Capital in the American Economy: Its Formation and Financing (1961) was a monumental study of the period from the Civil War to the 1950s, and dealt with the importance of savings, methodological problems, and sources of data. His most popular work, and the one recognized by the Nobel Prize, was Modern Economic Growth (1966), which explained why modern economic growth has spread to such a limited proportion of the total world population. Toward a Theory of Growth (1968) developed a systematic theory of growth based on such factors as urbanization, industrialization, and social and political structures. Interestingly enough, the modern economic growth that Kuznets found in all of his studies transcended political structures, occurring in socialistic, communistic, and capitalistic economies. 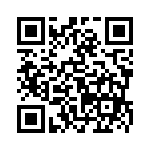