Who am I to pass judgment on an author who, according to the Oxford Dictionary of Quotations is the third most quoted figure in human history (after Shakespeare and Tennyson)? Who am I but an ... Přečíst celou recenzi

Pope's talent for wit and humour make him one of the most famous poets of the English language and rightly so! Read "The Rape of the Lock". It's a highly witty satire based on a real contemporary ... Přečíst celou recenzi

Satirical poet Alexander Pope was born in London on May 21, 1688. He was educated by private tutors. Many consider Pope to be the greatest poet of his time, and he also wrote commentaries and translations, he is best known for such poems as The Rape of the Lock and The Duncaid. Pope was the first English poet to make a substantial amount of money from his writing. Pope died on May 30, 1744. 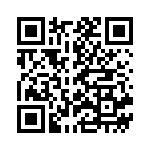