As a political economist, Elinor Ostrom studied how institutions--conceptualized as sets of rules--affect the incentives of individuals interacting in repetitive and structured situations. Ostrom and her colleagues at the Workshop in Political Theory and Policy Analysis at Indiana University developed the Institutional Analysis and Development framework, which enables them to analyze diversely structured markets, hierarchies, common-property regimes and local public economies using a common set of universal components. Large-scale studies of urban public economies demonstrated that systems composed of a few large-scale producers of services, such as forensic laboratories and training academies, combined with a large number of autonomous direct service producers (such as crime and traffic patrol) perform more effectively at a metropolitan level than a few consolidated producers. More recent empirical studies in the field and in the experimental laboratory have challenged the presumption that individuals jointly using a common-pool resource would inexorably be led to overuse, if not destroy, the resource. The design principles characterizing robust self-governed resource systems have been identified. An initial theory of institutional change has been formulated and is being tested. In 2009, Elinor Ostrom became the first woman to receive the prestigious Nobel Memorial Prize in Economic Sciences.nbsp;Dr. Ostrom passed away on June 12, 2012.

Dr. Goldstein is emeritus professor of environmental and occupational health and former dean of the University of Pittsburgh Graduate School of Public Health. He is a physician, board certified in Internal Medicine, Hematology and in Toxicology. Dr Goldstein is author of over 150 publications in the peer-reviewed literature, as well as numerous reviews related to environmental health. He is an elected member of the National Academies of Science Institute of Medicine (IOM) and of the American Society for Clinical Investigation. His experience includes service as Assistant Administrator for Research and Development of the U.S. Environmental Protection Agency, 1983-1985. In 2001 he came to the University of Pittsburgh from New Jersey where he had been the founding director of the Environmental and Occupational Health Sciences Institute, a joint program of Rutgers University and Robert Wood Johnson Medical School. He has chaired more than a dozen National Research Council and IOM committees primarily related to environmental health issues. He has been president of the Society for Risk Analysis; and has chaired the NIH Toxicology Study Section, EPA's Clean Air Scientific Advisory Committee, the National Board of Public Health Examiners, and the Research Committee of the Health Effects Institute. He has also served as a member or chairperson of numerous national and international scientific advisory committees for government, industry and environmental groups. 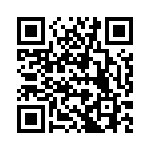