Hutton is acknowledged as the father of the science of geology. Born and educated in Scotland, his published works laid the groundwork for others who profoundly influenced the development of geologic thought. Hutton is credited with originating perhaps the most important tenet of geology---uniformitarianism---the concept that the earth's present features and processes explain its past. Summarized succinctly by the phrase "the present is the key to the past," Hutton's work soon becomes familiar to every beginning geology student. As a student, Hutton studied medicine but decided against a career as a physician; he chose instead to pursue scientific research. He was encouraged by friends to farm a plot of land his father had bequeathed to him with the same care and scientific knowledge that he would give a surgical procedure or a chemical experiment. In so doing, he observed that there was a relationship between the rock and mineral particles in the soil and the parent bedrock below. He noted, too, that certain crops had an affinity for certain soils and that rainwater washed soil from the fields, forming gullies. Hutton was fond of walking and studying rocks around his native Edinburgh. He later studied and made similar observations in other parts of the British Isles and on the Continent as well. He kept detailed notes and published them in a two-volume work shortly before his death. His Theory of the Earth (1795) contained all of his theories and observations, and the evidence on which they were based. Hutton died in 1797 before his third volume was published. Much of Hutton's work, however, was popularized and made more readable by John Playfair (1748--1819) in a book published in 1802 entitled Illustrations of the Huttonian Theory of the Earth. 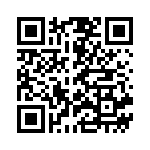