Robert D. Habich is Professor Emeritus of English at Ball State University and a Past President of the Ralph Waldo Emerson Society. 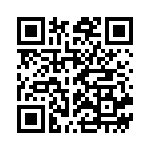