Robert J. Gordon is the Stanley G. Harris Professor in the social sciences at Northwestern University. He is the editor of "The American Business Cycle: Continuity and Change" and "Milton Friedman's Monetary Framework,

An influential leader in the field of economics, Milton Friedman had his humble beginnings in New York City, where he was born in 1912 to poor immigrants. Friedman was educated at Rutgers University. He went on to the University of Chicago to earn his A.M., and to Columbia University, where in 1946 he received his Ph.D. That same year he became professor of economics at the University of Chicago and remained there for 30 years. He was also on the research staff at the National Bureau of Economic Research from 1937-1981. Friedman's greatest work is considered to be A Theory of the Consumption Function, published in 1957. Other books include A Monetary History of the United States, 1867-1960, and The Optimum Quantity of Money and Other Essays. Friedman was awarded the Nobel Prize for Economics in 1976. 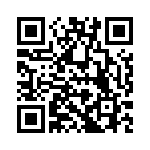