IN THE NAME OF IDENTITY: Violence and the Need to Belong

The latest attempt to explain the propensity of civilized nations to repeatedly engage in the massacre of their neighbors, a practice alternately known as genocide, race riots, ethnic cleansing, and ... Přečíst celou recenzi

A slowly, surely built essay on one of the most important issues of our time: the way identity has given rise to the kinds of violence that lead to war and division. This prescient pre-September 11th book deserves a wide audience. Přečíst celou recenzi

Amin Maalouf has written seven novels, including The Gardens of Light , Leo Africanus , and The Rock of Tanios , which won the Goncourt Prize in 1993. He is the former director of the leading Beirut newspaper an-Nahar . He lives in Paris.

Barbara Bray (née Jacobs) was born on November 24, 1924 in Paddington, London. She died on February 25, 2010. Bray was an English translator and critic. She translated the correspondence of Gustave Flaubert, and work by leading French speaking writers of her own time including Marguerite Duras, Amin Maalouf, Julia Kristeva, Michel Quint, Jean Anouilh, Michel Tournier, Jean Genet, Alain Bosquet, Réjean Ducharme and Philippe Sollers. She received the PEN Translation Prize in 1986. She had a personal and professional relationship with the married Samuel Beckett that continued for the rest of his life, and Bray was one of the few people with whom he discussed his work. Bray suffered a stroke at the end of 2003, but despite this disability she continued to write Beckett's memoirs, Let Mortals Rejoice..., which she could not complete. Bray recorded some of her reflections about Beckett in a series of conversations with her friend, Marek Kedzierski, from 2004 to 2009. Excerpts have been published in many languages, but not English as of yet. 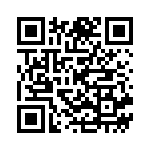