Peter C. Smith is a well-known authority on the history of dive-bombing and is the author of over sixty naval history books that are published on four continents. He currently lives with his wife and two Labradors in Bedfordshire, England. 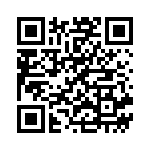