Strana 1173
both of Fargo , North Dakota , for ap were planted by the appellant in the pellee : spring of 1942 , and were “ all in by Growing crops are assets of the the middle of May on the bankrupt's bankrupt estate and should be schedland .
Strana 1176
However , a few clusion the court pointed out that the cases decided under § 75 with respect act above referred to was for the re to growing crops , which explain the habilitation of a farm debtor and to purpose and effect of that ...
Strana 1177
... and the proceeds of his of its planting , development , and crop were , on December 14 , 1937 , marketing , and secondly , in theory at placed by him to his account , and a least , as an instrument of redemption . check given by him ... 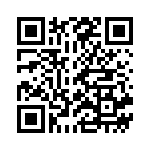