The Columbia documentary history of race and ethnicity in America

Bayor (history, Georgia Tech) has compiled a massive collection of primary-source documents dealing with "the other" in America, with a focus on hyphenated groups like African, Native, Asian, and ... Přečíst celou recenzi

Ronald H. Bayor is professor of history in the School of History, Technology, and Society at the Georgia Institute of Technology's Ivan Allen College of Liberal Arts and recipient of the Immigration and Ethnic History Society's Distinguished Service award. He is the founding editor of the Journal of American Ethnic History and the author of many books, including Race and the Shaping of Twentieth-Century Atlanta and Fiorello LaGuardia: Ethnicity and Reform. He lives in Atlanta, Georgia. 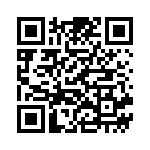