William Dean Howells was born on March 1, 1837, in Martin's Ferry, Ohio. Howells was forced to drop out of high school to work as a typesetter for his father. He later taught himself, becoming adept at German and Spanish. He soon became a reporter, eventually becoming editor of The Atlantic Monthly and Harper's magazines, as well as a literary critic. During his lifetime, Howells rubbed elbows with the great American authors of his day, such as Nathaniel Hawthorne and Ralph Waldo Emerson. In 1861, he received a consulship at Venice, returning to the U.S. several years later to become assistant editor for The Atlantic Monthly. While his accomplishments are centered in the world of journalism, he also wrote numerous volumes of poetry and novels, such as The Undiscovered Country and A Chance Acquaintance. This last book, like many of his novels, was originally published in serial installments in The Atlantic Monthly. Many of his writings explore the changing face of society in America, often contrasting it with life in Europe. His novel entitled, The rise of Silas Lapham illustrated what was referred to in the late 1800's as the rise of the Nouveau Riche. Howells was known for his comedic descriptions of the differences in class that existed at that time. Howells's other significant contribution to literature was his notice of and commentary on the merits of Henry James and Mark Twain. He received several honorary degrees from universities as well as a Gold Medal for fiction (later renamed after him as the Howells Medal) from the National Institute of Arts and Letters. He died on May 11, 1920 in New York City. 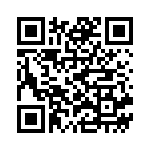