The Easy Will and Living Will Kit: A Simple Plan Everyone Should Have

The documents named in the title of this book are essential to ensuring the proper management of one's affairs upon incapacity or death. Readers will learn how to create a will that distributes ... Přečíst celou recenzi

Joy S. Chambers has practiced law for nearly three decades in Metropolitan Washington, D.C. For the past twenty-five years, she has had a successful private practice in historic Old Town Alexandria, VA, specializing in wills, trusts, and estates. Her interest in this field has expanded to include a broad spectrum of social issues facing older Americans. Ms. Chambers, who is trained in psychiatry as well as law, is particularly interested in how the mind ages, and specializes in assisting clients in planning for potential disabilities by using available legal tools.

Ms. Chambers is committed to educating the public about the issues she sees in her daily practice, seeing her advocacy and outreach as a logical extension of her practice. She produces and hosts a weekly cable television program, "Maturity," which explores issues of interest to seniors. Her column, "Maturity Watch," appears regularly in the Alexandria Gazette. She is a frequent contributor to other publications with senior audiences, including the AARP Bulletin and McGraw-Hill's Elder Care/Law, and has appeared on CNN and MSNBC.

Since establishing her practice, Ms. Chambers has been an enthusiastic educator of law students at local universities. As Adjunct Professor at the George Washington University Law School, she has designed and taught an innovative course, Law and Psychiatry, which utilized films concerned with mental illness as a springboard for discussions. Recently, Ms. Chambers extended her academic activities into the international arena, teaching a two-week course in American inheritance and disability planning law at the National University Law School in Bangalore, India-thus offering members of another culture the opportunity to learn aspects of this country's legal system. She has been invited to teach similar courses at other Indian universities in late 2005 and early 2006.

Ms. Chambers has advanced elder concerns in a variety of civic capacities. She was appointed by the governor of Virginia to the Joint Legislative Subcommittee on Legal Guardianship, and frequently advises state legislators on probate and related concerns. A member of the Virginia and District of Columbia Bar Associations, she has served on various committees making recommendations about legal issues. She has served on the Executive Committee of the Alexandria Commission of Aging and is a former Vice President of the Northern Virginia Estate Planning Council.

Ms. Chambers earned her JD degree at the George Washington University Law School, with additional studies at the University of London prior to practicing law. She has been a visiting researcher at Harvard Law and Medical Schools, and is currently pursuing studies in Islamic law and international relations at the Johns Hopkins School of International Affairs. Most recently, Ms. Chambers has been named a Senior Specialist for the Fulbright Program.
Ms. Chambers is a native of Mobile, Alabama. 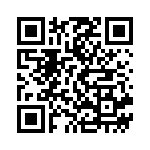